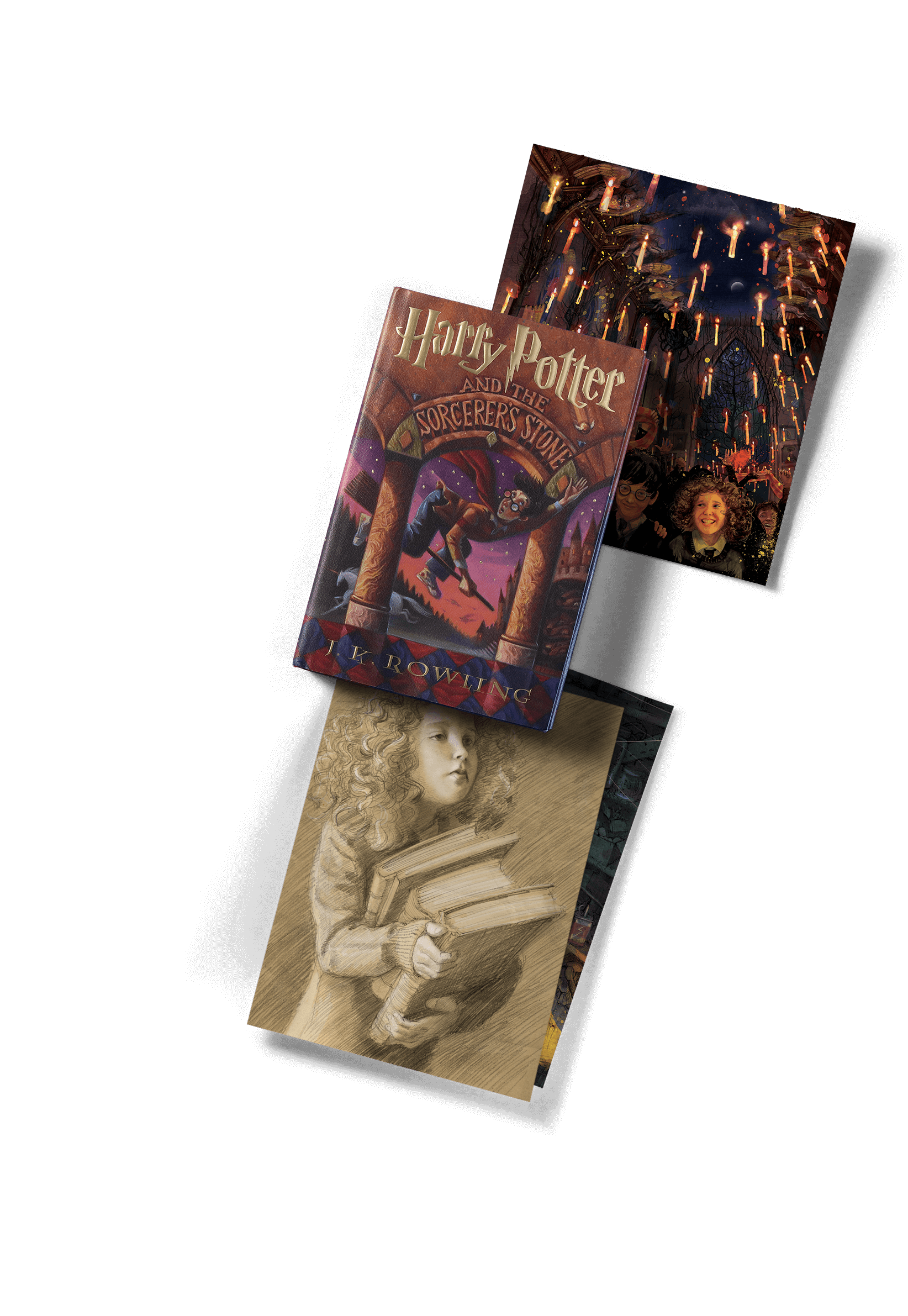 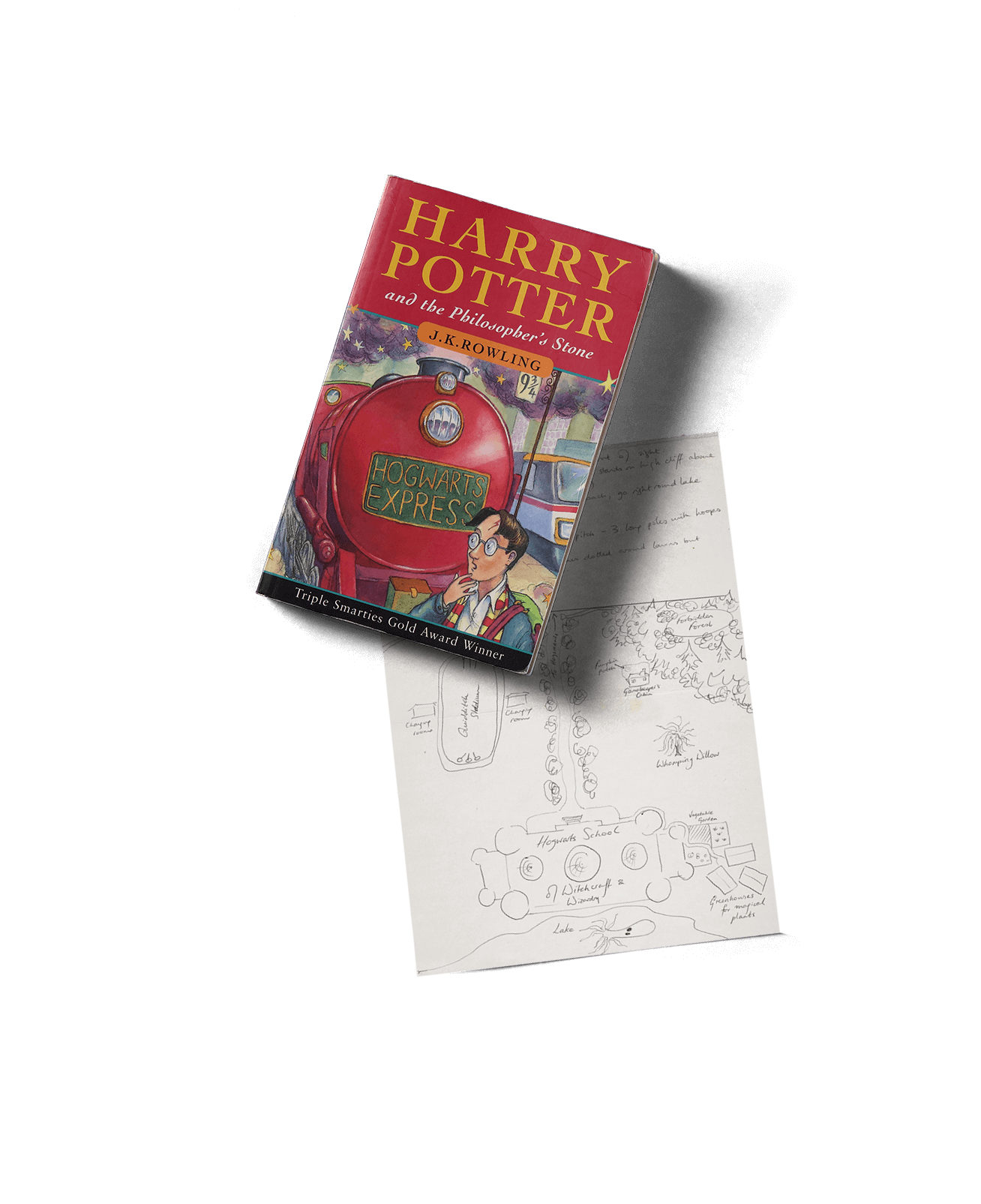 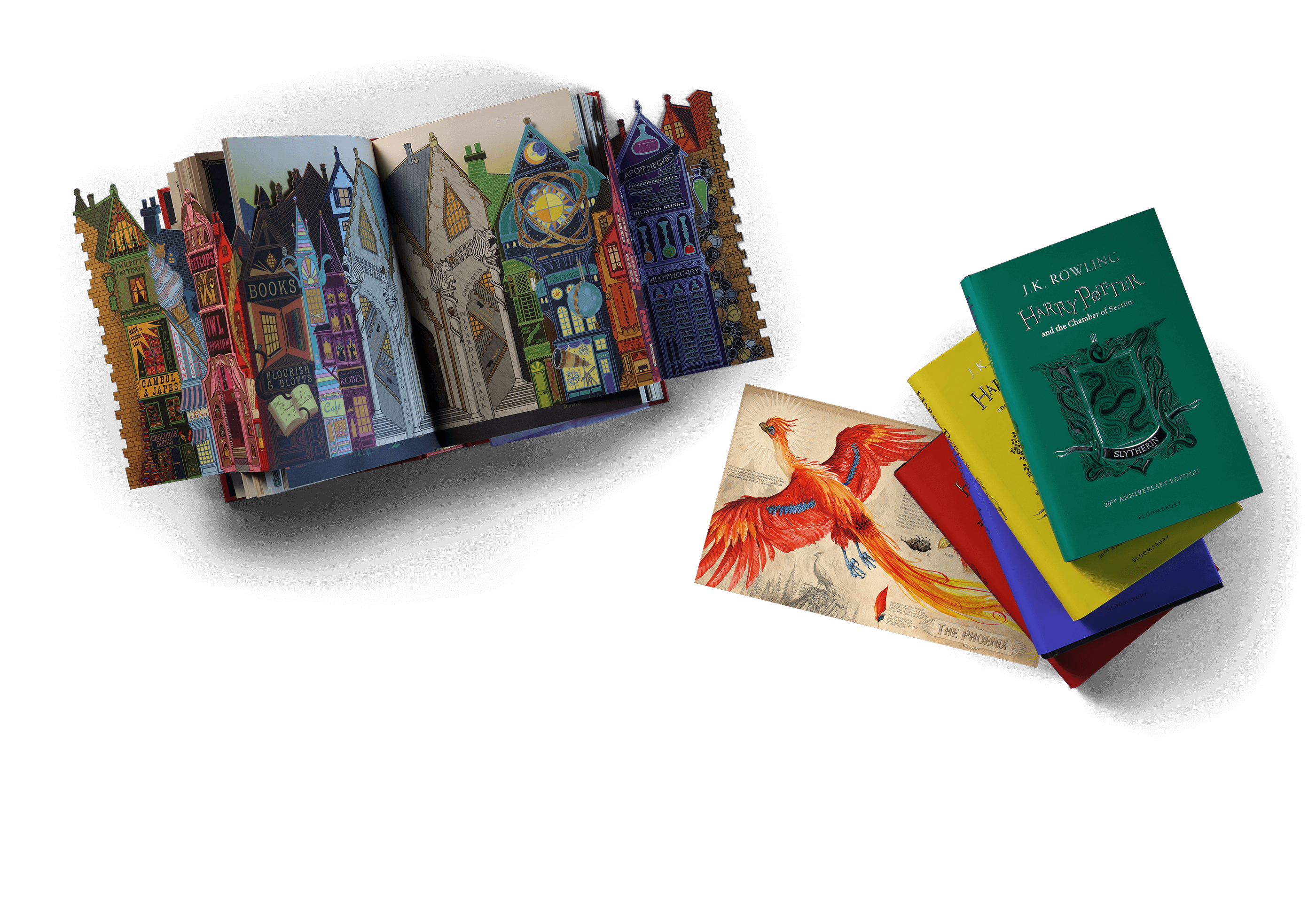 It all began on a train journey from Manchester to London, back in 1990, when J. K. Rowling conceived the original idea for her black-haired, bespectacled boy-wizard. But it wasn’t until seven years later that the world was finally introduced to Harry, when Harry Potter and the Philosopher’s Stone was published.

For the first time, readers became aware of the wizarding world; met Harry, Ron and Hermione; visited the hallowed halls of Hogwarts School of Witchcraft and Wizardry; and discovered the terrible peril Harry would face, confronted by one of the most dangerous Dark wizards of all time.

And so, the phenomenon of Harry Potter grew.

Six more books followed, with the last appearing in 2007, and each one awaited with breathless anticipation by an ever-expanding army of Harry Potter fans around the world. Translated into more than 80 languages, over 500 million copies have now been sold, making Harry Potter the best-selling book series in history.

Could anyone have predicted such an extraordinary success story? Well, yes, one person did. Wise old Professor McGonagall who, in the opening chapter of the first book, says of Harry, “He’ll be famous – a legend . . . every child in our world will know his name!”

Today, among readers of all ages across the globe, he is, undeniably, the best-known and best-loved wizard there has ever been. 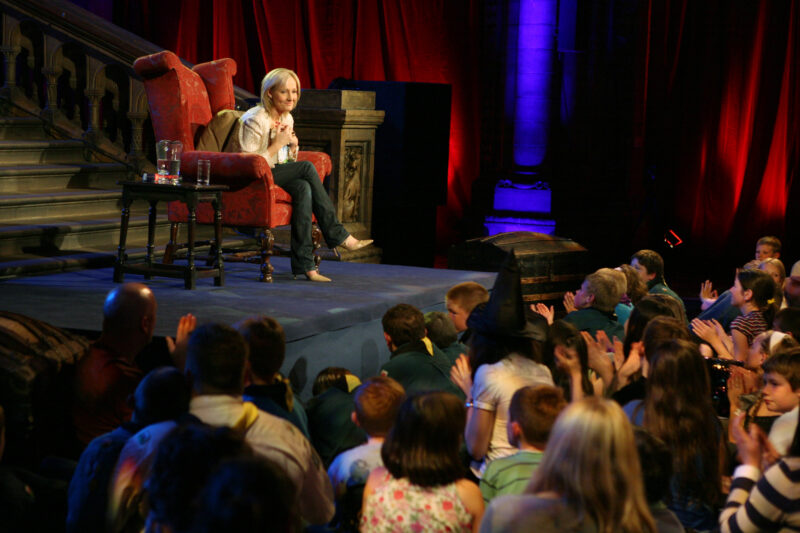 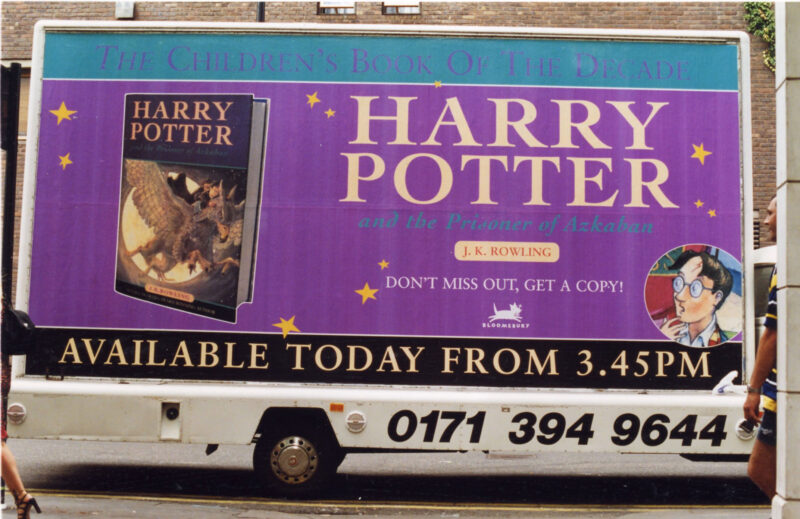 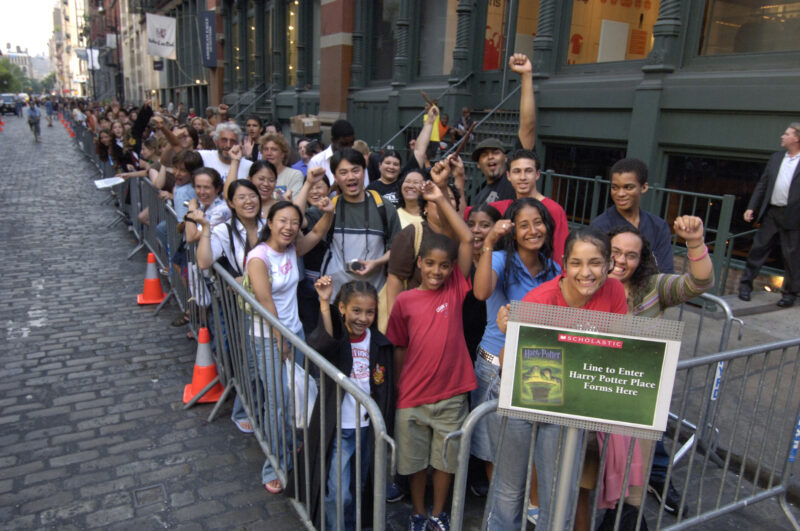 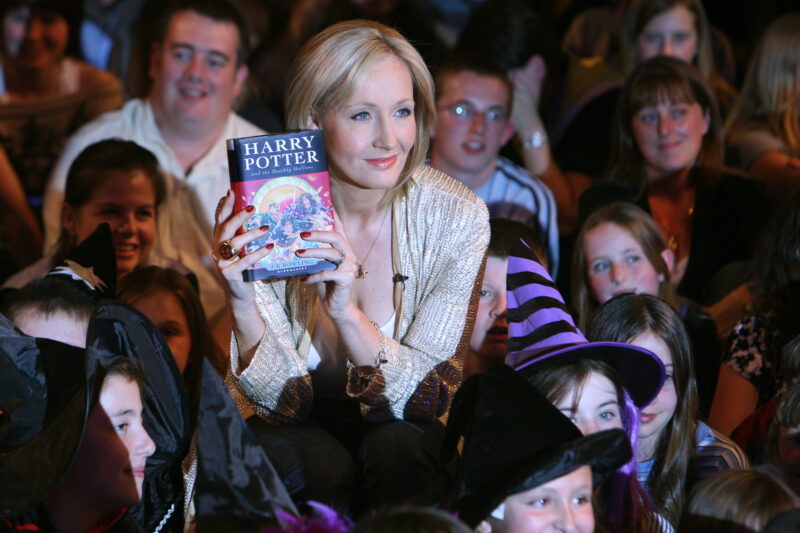 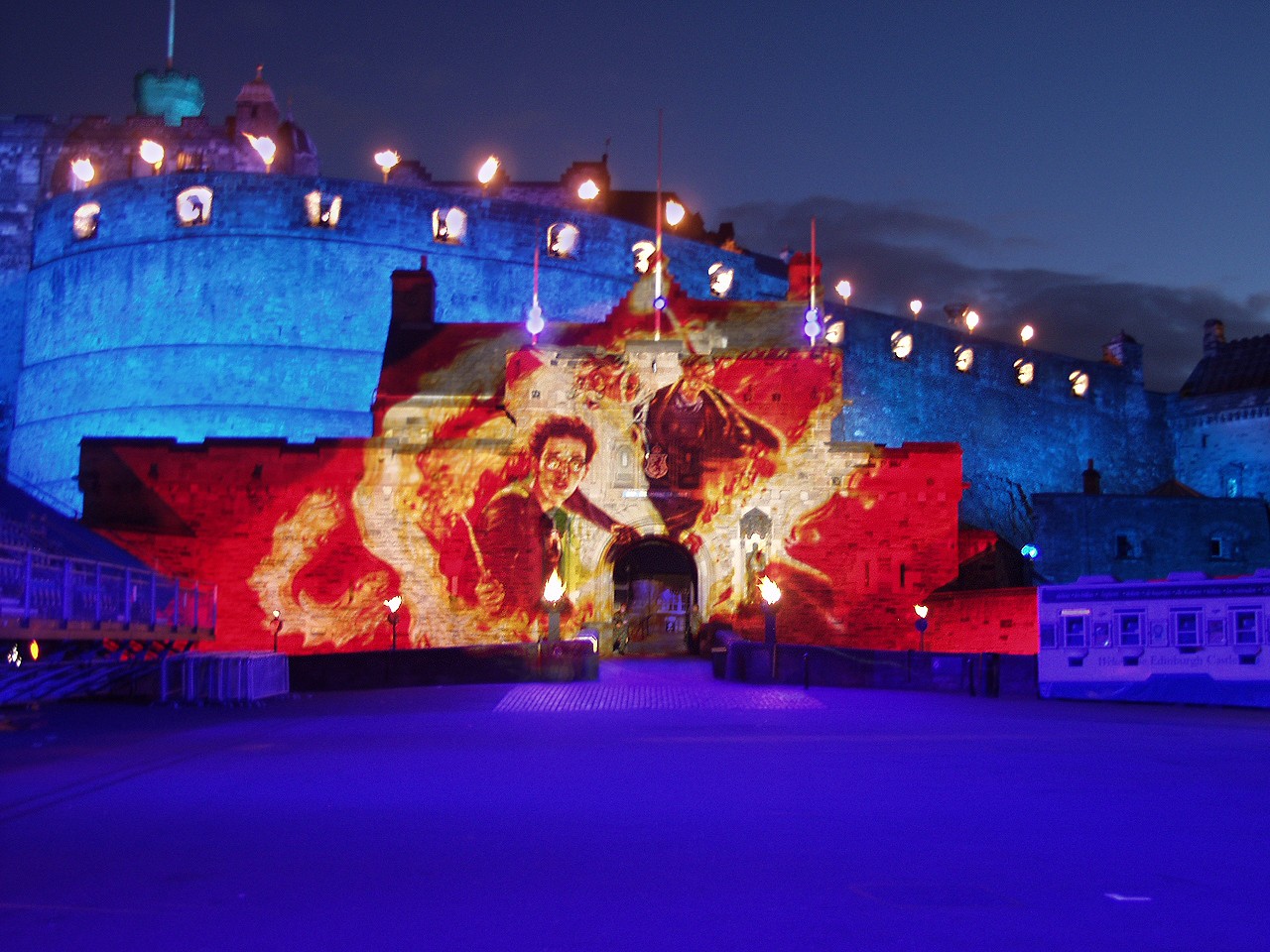 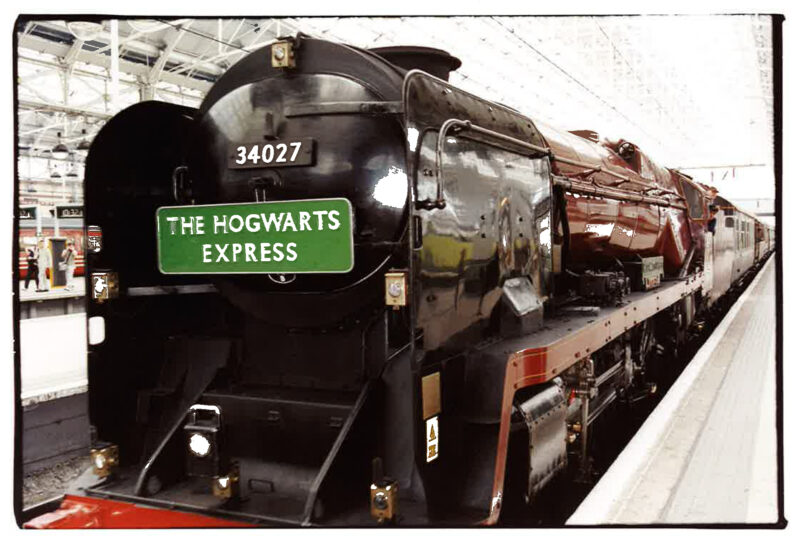 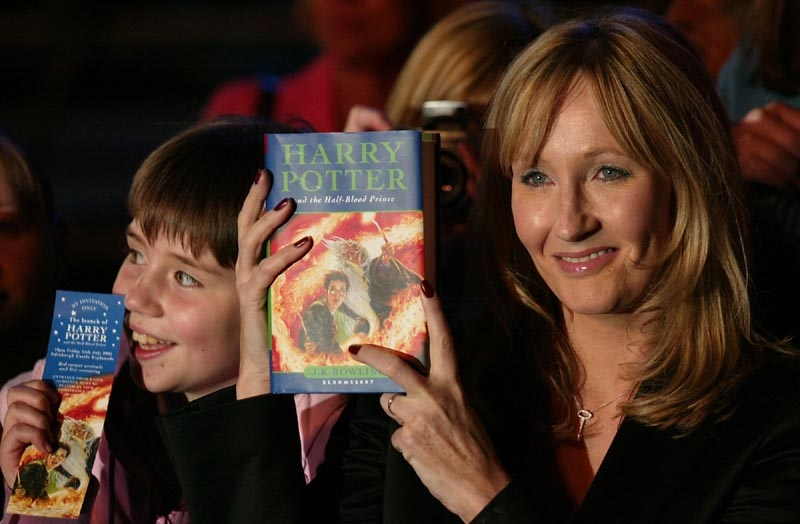 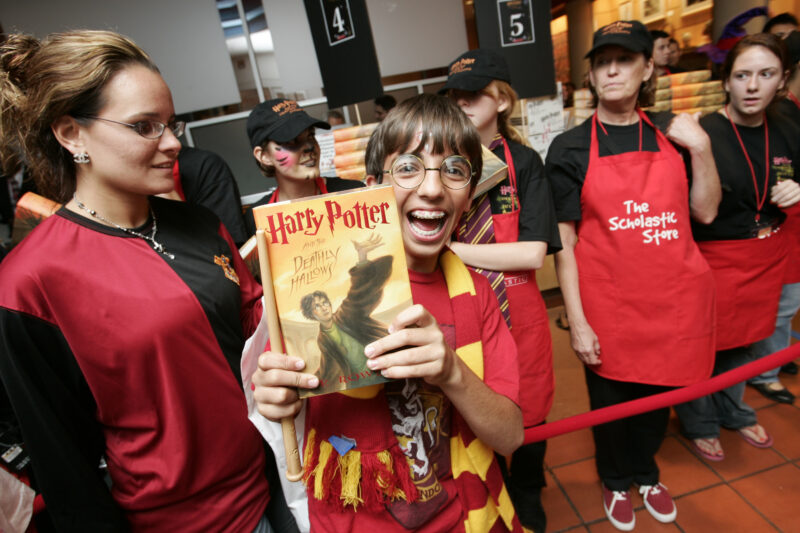 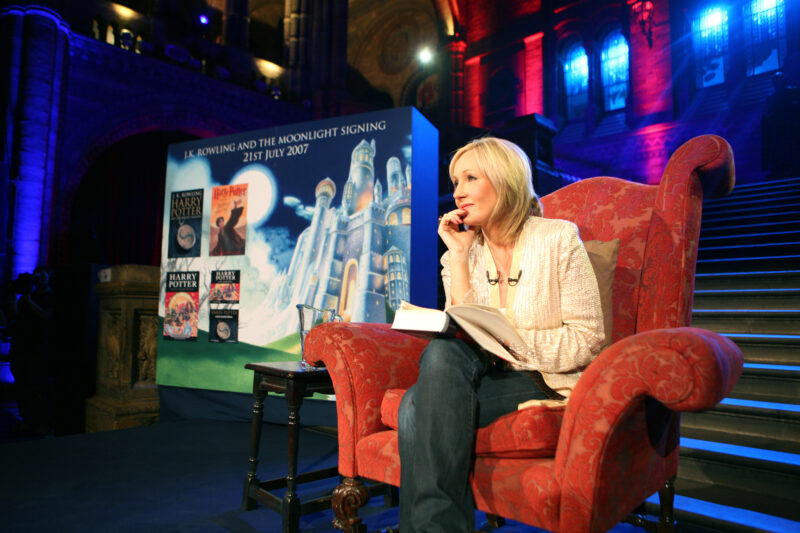 Which Hogwarts house would you be in?

Gryffindor, I hope. I value courage beyond almost anything. But I’d be quite a good fit in Ravenclaw, too.

I used to think it would be an otter, which I gave to Hermione in the books, because I love otters so much, but I’ve got a feeling that if I ever managed to produce one, it would be some kind of large bird. Possibly an owl.

Where do the names of the spells and potions come from or are they made up?

They’re mostly made up, though some derive from old charms people thought genuinely worked, such as Avada Kedavra, from which came ‘abracadabra’. I used a good bit of pig Latin and took liberties with archaic words, too.

Where do wizards go to school before going to Hogwarts?

Which Harry Potter character would you most like to meet and why?

I think it would have to be Dumbledore. We’d have a lot to discuss and I would love his advice; I think that everyone would like a Dumbledore in their lives.

Does Harry Potter still have his owl (Hedwig) and does Hermione still have her cat (Crookshanks)?

Poor Hedwig died in book seven, but I like to think Harry would always have a snowy owl in her honour. Crookshanks lived to a ripe old age, but I’m afraid he’s no longer with us.

Will Harry Potter and the Cursed Child ever be made into a movie?

Harry Potter and the Cursed Child was conceived and written as a stage play. It was always intended to be a stage play and nothing else, and I’m afraid there are absolutely no plans for it to become a movie, a novel, a puppet show, a cartoon, a comic book series or Cursed Child on Ice!

Will there be another Harry Potter book – about the Marauders or the Founders of Hogwarts, for instance?

I have always refused to say ‘never’ to this question, because I think it would be foolish to rule out something I might want to do in the future. The play Harry Potter and the Cursed Child is a prime example. I was intrigued to do something new. Working with Jack Thorne (the playwright) and John Tiffany (the director) was one of the most satisfyingly creative experiences of my working life. We developed the story together and I couldn’t be more thrilled with the result.

What happened to some of the other characters like Dudley Dursley, Neville Longbottom and Luna Lovegood?

I think Dudley’s out there living a happier and better life for having known Harry. He wouldn’t be nearly as hidebound and fiercely conventional as his parents. Neville became a Herbology teacher at Hogwarts, where I think he’d be hugely popular.

Luna married a descendant of Newt Scamander and became a magizoologist.

Luna married a descendant of Newt Scamander and became a Magizoologist.